Movie Premiere: A Question of Survival

is an eye-opening portrait of three Bulgarian Jews – Chaim Zemach, a cellist; Robert Bakish, an engineer; and Misha Avramoff, a social worker on the Lower East side of Manhattan in New York – as they struggle to place their unusual experiences during World War II into the more common narrative of the Shoah. When in March 1943 the Bulgarian pro-Nazi government first postponed and ultimately cancelled the imminent deportation of the entire Bulgarian Jewish community of 48,000, Chaim, Robert, and Misha were children and young adults. They only grasped how close they came to death after they arrived in New York and learned the fate of millions of European Jews. This realization has left them questioning the value of their stories and to debate whether they are true Holocaust “survivors.”
Proceeds from the movie will support the ongoing renovation projects and expenses at the Bulgarian Center of New England. 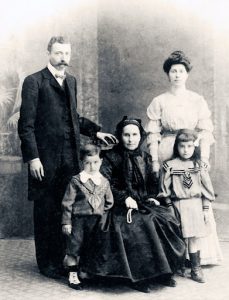 The devastating effects of the Holocaust on the small Sephardic Jewish communities in the Balkans, with their unique culture, traditions, and Ladino language (a mix of Spanish, Hebrew, and other tongues), has been little represented in media, scholarship, and museum exhibits. In many cases 80-90% of these communities perished during WWII. The exception was in the small country of Bulgaria, an ally of Nazi Germany. Here, organized resistance by members of the Church, some members of Parliament, intellectuals and regular citizens successfully pressured the government to reverse its ongoing plan to deport the country’s Jewish citizens to death camps. While other antisemitic government policies remained in force, the Bulgarian Jewish community survived the war intact.

Elka Nikolova was born in Bulgaria and studied psychology at the University of Sofia before she moved to the United States in 1994. Her first documentary film, Binka: To Tell a Story About Silence, 2007, premiered at MOMA in New York and played in many festivals around the world. She is currently working on a two-part documentary film about the legacy of the Holocaust in the Balkans through the eyes of survivors from New York with roots in Bulgaria and Greece. A Question of Survival is the first in the two-part series.